The functioning principle is based on the conversion of solar radiation into heat and use it to heat water. The system works regardless of outdoor temperature, even in winter.
There are more constructive types of thermal solar panels:
• Unpressurized solar panels;
• Pressurized solar panels;
• Separate pressurized solar panels;
Unpressurized solar panels
Features
They are also known as summer solar panels. They cover most of the daily requirement of household’s hot water needs during the period of March- October. They are easily installed and require no additional costs for maintening. They have a life expectancy of about 25 years. The tank is made of stainless steel with an insulating layer of polyurethane which decreases heat loss.
Operating mode
Vacuumed tubes trap solar radiation and convert it into heat, thus warming the water inside the tube. As the water warms, its density decreases. Water heated in the tube will rise in the accumulation tank and will be replaced by an equivalent volume of cold water. The natural flow is realized continuously and the water from the tank warms up.
Pressurized solar panels
Features
This system can be used throughout the year. It operates at a pressure of running water of about 6 bars.They are made on the basis of the newest and modernest technologies with the most efficient energy transfer of all the equipments of this kind. Thermic loss of solar panels with vacuumed tubes are virtually nonexistent, instead they can can absorb the heat in the case of diffuse solar radiation (sun covered by clouds), or at very low temperatures of the external environment.
Operating mode
Vacuumes tubes trap solar radiation and convert it into heat, warming the heat exchangers at the top. The liquid in the tank takes the heat from heat-pipe and gives it to the copper coil, which at it’s turn gives heat to the water circulating through it.
Separate pressurized solar panels
Features
Separate pressurized solar panels can not work independently. Because they do not have a storage tank, they must be connected to a boiler mounted in the area of consumption (inside the house). The recommended variant to use is that with a bivalent boiler, circulation pump and electronic control panel (dedicated electronic throttle). All these form a complete system.
Operating mode
Solar energy is captured inside the vacuumed tube, where heat is transferred to the copper heat pipe. Heat then gets to the higher end of the copper heat pipe and it’s taken over by the thermic agent (antifreeze). Antifreeze transports it to a heat exchanger and is taken by the water from the boiler. Heated water can then be used as a household hot water or heating thermic agent. The operation of this type of panel is assured by the electronic controller that commands starting and stopping the recilculation pump.
Advantages of solar panels for heating water:
• The system works regardless of outside temperature, even in winter;
• Because the tube is round, sunlight will beam always perpendicular to its surface;
• The vacuumed tube collector provides excellent results even on cloudy time being able to capture infrared rays passing through the layer of clouds;
• Works regardless of outside temperature, even in winter;
• Vacuumed tubes offer good performance on cloudy weather, being able to capture infrared radiation entering through the clouds;
• Due to good insulation assured by vacuum, the panels operate even at -20 degrees Celsius;
• The panel continues  to operate even if one or more tubes break;
• The damaged tubes are easily changed;
• Provides energy efficiency throughout the year and provide zero cost with conventional fuels for at least 5 months per year;
• Energy panels provide energy that is ecological and does not pollute the environment.
• The resulted energy is a clean and renewable energy and leads to a reduction of 90 to 100% of energy consumption.
• Thermic installations help save gas methane, up to about 75% per year.

Photovoltaic panels are devices able to convert solar energy into electricity. Photoelectric cells enable the direct conversion of light energy into electricity, the principle of operation is based on the photoelectric effect.
The converting statical and clean, that is why this way of producing electricity is environmentally friendly.
The transformation process of direct conversion of sunlight to electricity it’s called photovoltaic.
Efficiency of such panels is between 8-20%, depending on the degree of absorption of solar radiation. Quite low efficiency of current photovoltaic panels is mainly caused by the fact that from the visible solar spectrum only a small part of the frequency of light wave radiation is converted into electricity.
An installation of photovoltaic capture costs about 5-10 euro per watt installed. Panels sold today are generally very reliable and can operate for 10-25 years without high maintenance costs. These costs are still quite high compared to energy produced, precisely for this reason-solar photovoltaic projects are strongly supported by the law no. 220 of 2008.
Resulting energy is a renewable, clean and free energy.
Photovoltaic installations generate electricity for free (from sunlight).
Photovoltaic solar panels generate electricity 4h/day (the calculation is made on the minimum: the hours of light in winter). During the day for 4 hours (1.5 hours in winter) the solar panels generate electricity and at the same time store energy in batteries to be used during the night by isolated homes without connection to the national electric grid.
The classification of photovoltaic systems
The systems connected to the network, called network-based, supply with energy the public network through inverters. Such systems may be small, so-called distributed systems, generally installed on roofs, which have output power of several kW, or may be larger systems with output powers of the order of megawatts. Distributed systems are used to mount photovoltaic panels, usually, the advantage of already existing structure such as roofs or façades or panels that are mounted on stand-alone supports, mounted on the outside.
Figure 1 shows the schematic structure of a photovoltaic system connected to the network. Cables from the individual photovoltaic modules lead to the connection box of the generator, which may also contain diodes and primary protection devices. If an inverter is installed for each line of  the photovoltaic module system, the connection box of the generator is no longer needed. The inverter converts direct current (DC) of the photovoltaic modules into alternating current (AC) single phase of three phase. Alternative current (AC) is then charged to the utilities and power network operator. putere.
Modular design of photovoltaic generators allows the systems that generate energy to to be installed for a very broad area of power output. But, regardless of output power, the basic design of these systems is very similar.

Fig.1 A small network connected to a photovoltaic system for a household.
Photovoltaic systems to supply power to devices and small consumers
For supplying certain products or applications standard factory modules are being produced, which provide a smaller or bigger amount of energy. These standard modules are dimensioned to have a voltage rating between 15 and 17 volts so as to be able to charge the battery with a rated voltage of 12V.

Fig.2 Photovoltaic system with alternating current output
To prevent excessive battery charging or complete discharging, a charging regulator it’s being used (controller), mounted between the photovoltaic generator and battery. The charging regulator usually contains, a discharge protection diode, which prevents battery from discharging during the night through the photovoltaic generator. A good charging regulator consumes very little power and has a low idle voltage rate, which protects the battery from discharging.
The battery storages the energy produced by photovoltaic generator and provides it to the consumer in case of bad weather or during the night.
Devices that are receive power from the photovoltaic generator often use for the storage, batteries nickel - cadmium (NiCd) or nickel - metal hidrid (NiMH). However lead batteries, lithium - ion batteries and capacitors (also known as double layer capacitors) are being used.
For photovoltaic systems that supply permanent residences, which have daily cycles of loading / unloading, usually tubular batteries with anodes(“OpzS”) are being used. They have a large number of cycles and, therefore, a longer life expectancy. Often, normal car batteries are being used because they are easy to purchase and cheaper.
To adapt the output voltage of the generator to the voltage necessary to the consumer, a voltage regulator is used. For the devices powered by photovoltaic cells, the regulator is usually a converter DC / DC (continuous current / continuous current), which converts a current of a certain value to a current of other value.
Photovoltaic power systems for consumers which are not connected to the network or in remote places with medium and high power.
If greater output levels are necessary or if household or industrial appliances are being used, the systems must provide output voltages of 230V AC. To obtain such output voltages, an inverter is added to the system. Inverter converts the direct current produced by photovoltaic generator or the one retrieved from the battery into alternating current.

Fig.3 Photovoltaic system with alternating current output
If solar radiation is good, the photovoltaic generator can satisfy the entire demand of energy in an environmentally friendly manner, without toxic emissions or noise. Excess energy is stored in the battery. During the night or during bad weather, batteries cover the energy demand. When the battery is in danger of discharging, the generator engine - for example a diesel or liquefied gas one – starts up in order to cover the needs of electric power and at the same time, recharges the batteries.
In areas with wind, a wind turbine can be added to the system.

Fig.4 Block scheme of an hybrid system consisting of a photovoltaic generator, a wind generator
and an generator engine.
Photovoltaic systems connected to the network
Photovoltaic systems can charge power into the public network through an inverter. The advantage is that it is not necessary to store energy, which can be used anywhere and therefore reduces the load of the conventional network. The quantity of electricity supplied into the network is small.

Fig.3-10. Photovoltaic system connected to the network
On sunny days, they supply power to consumers in their homes, and excess power is delivered in the network and counting. If weather is unfavorable, the house takes power from the conventional network. The output power of such a system is a few kW.

The modular character of the photovoltaic system allows the construction of  high power installations, connected to the network. They deliver power directly to the medium or high voltage network through an inverter. 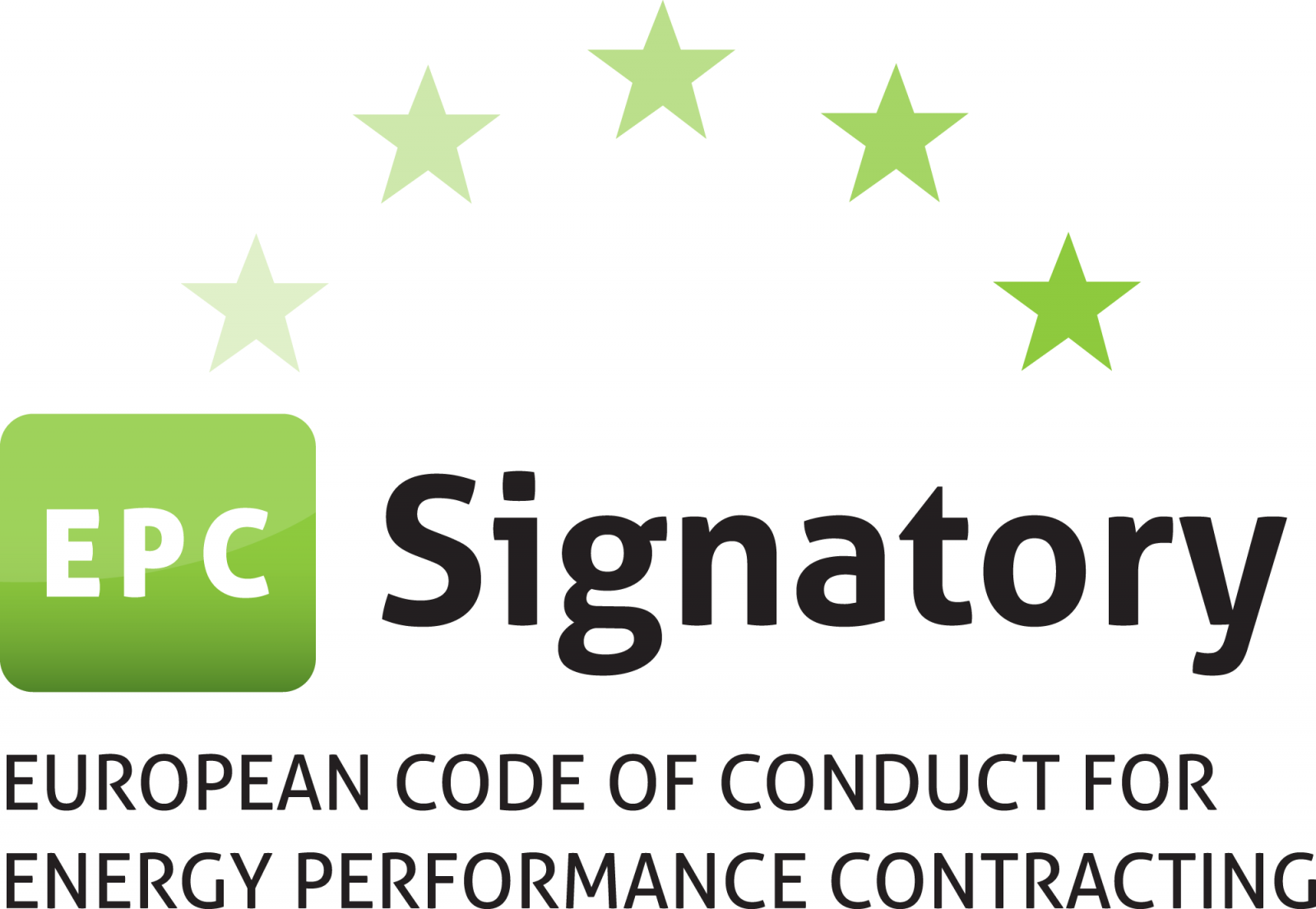 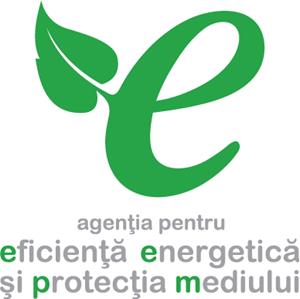 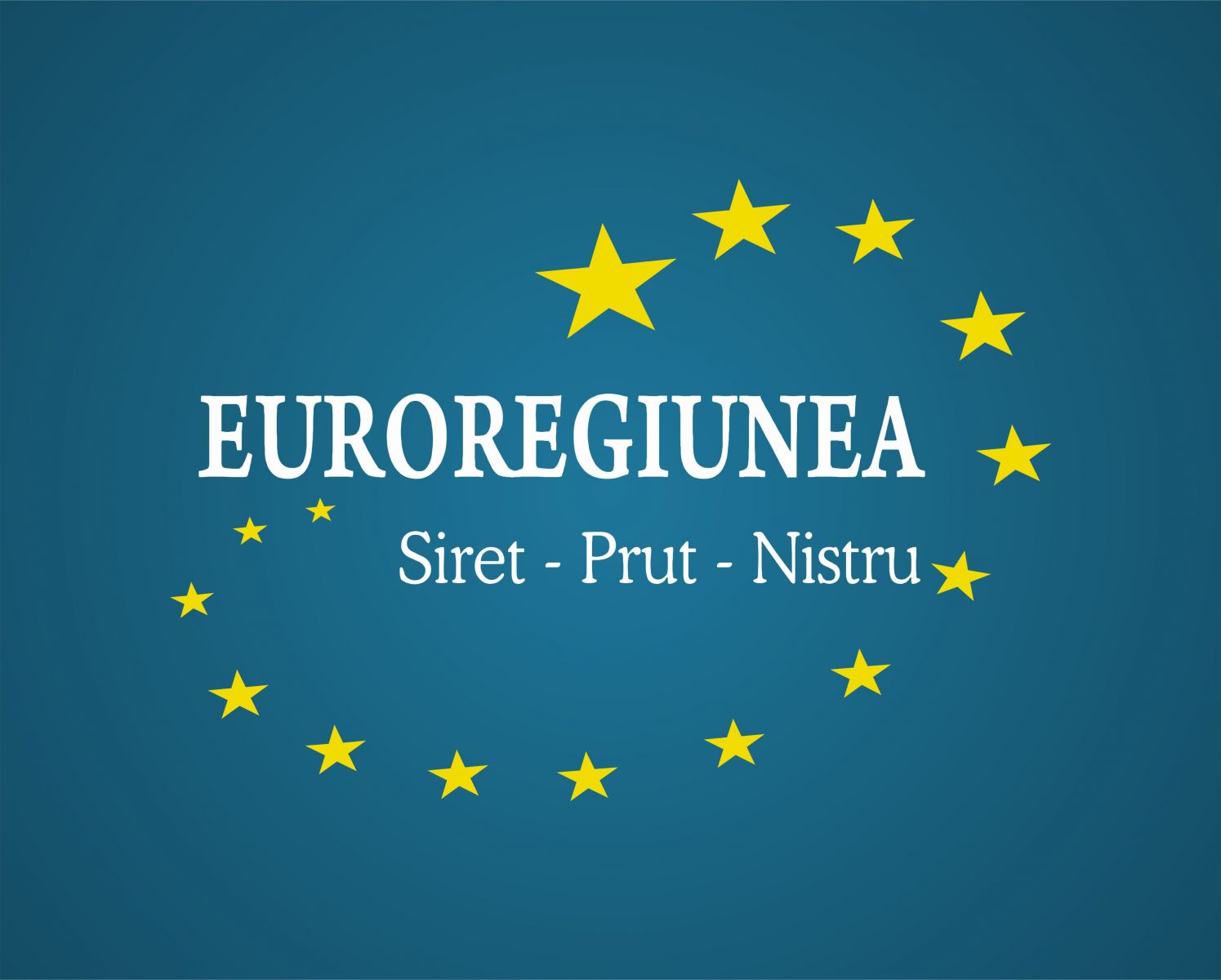 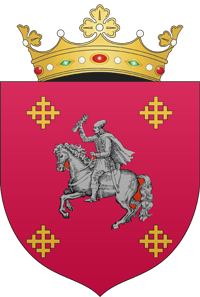 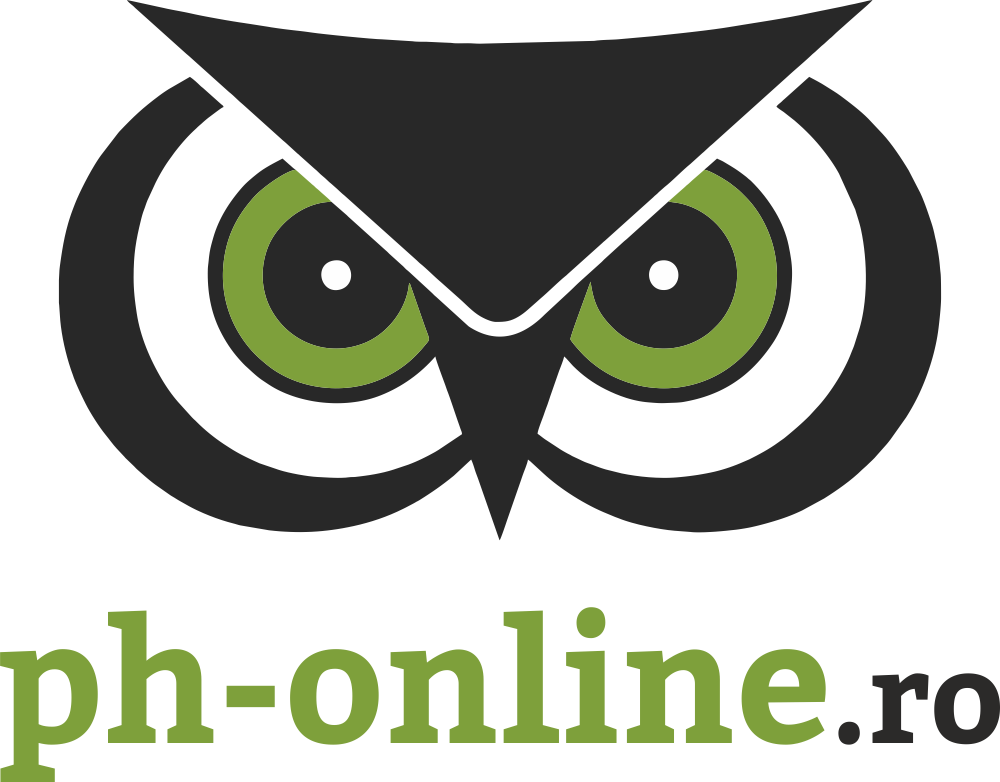 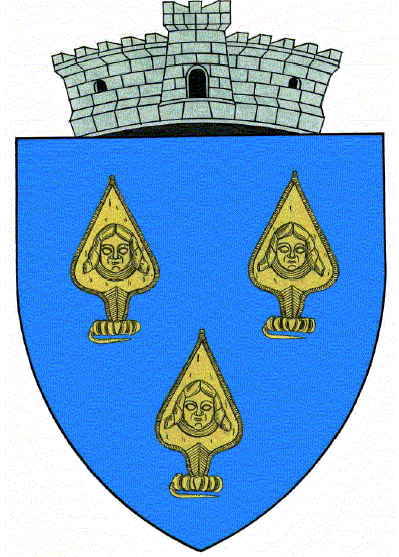 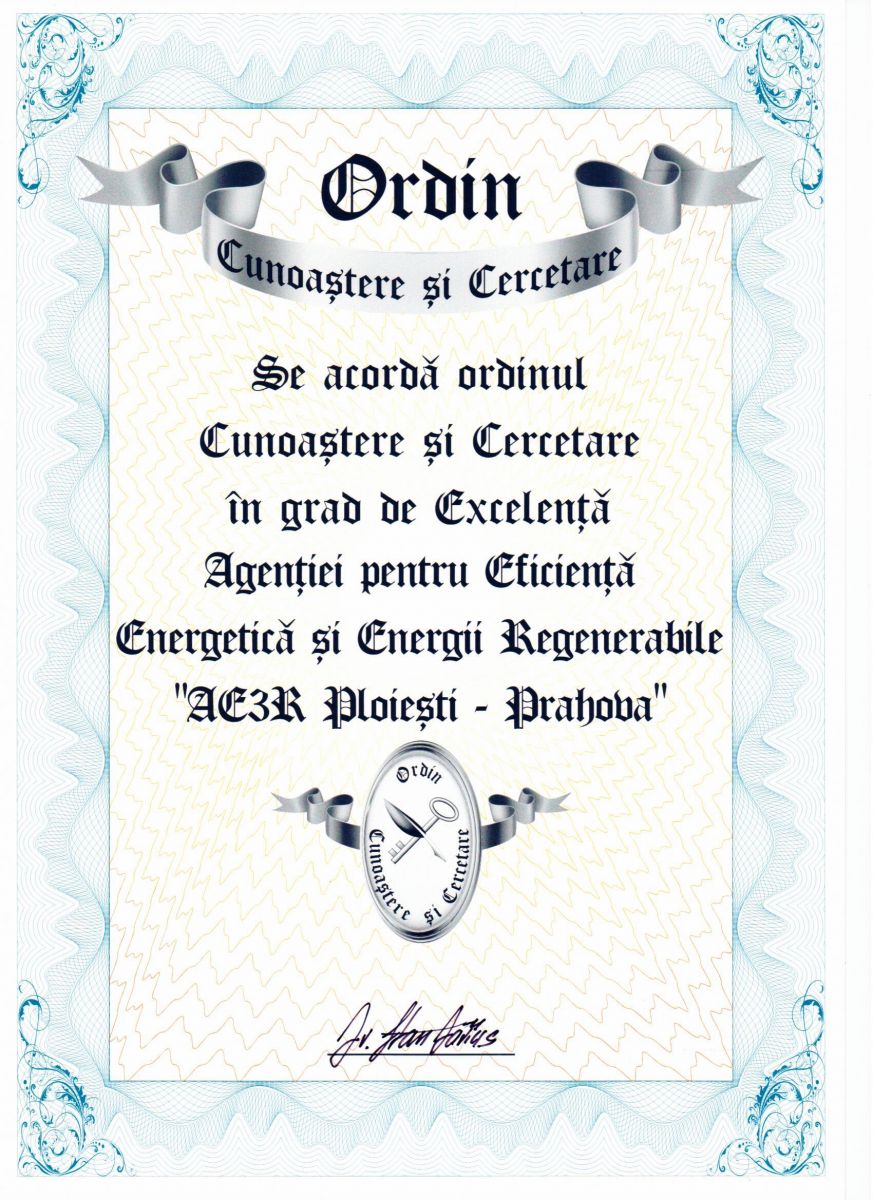 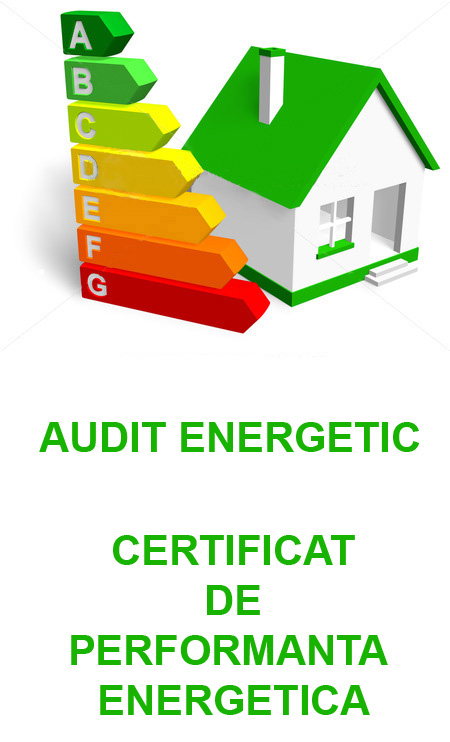